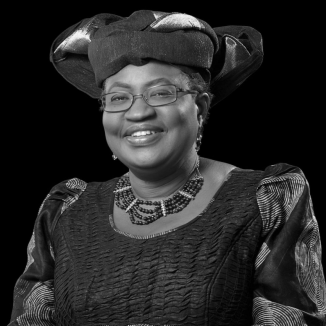 Bruegel · Towards a new global trade regime: reform of the WTO

Since she took office, the World Trade Organisation's new Director-General operated amidst a pandemic. What challenges did the WTO face in this tumultuous geopolitical environment? And how did its Director plan to face them?

Bruegel's Director Guntram Wolff sat with the Director-General of the WTO Ngozi Okonjo-Iweala to discuss the present debates around Global trade and possible reforms of the World Trade Organisation.

To Ngozi Okonjo-Iweala, the original design of the WTO, ie a value-based organisation meant to serve people, was forgotten. Global trade should contribute to net zero emissions and inclusion. The WTO’s main challenge is to support the preservation of commons.

Inequity in access to vaccines: what needs to be done?

The WTO should contribute to tackling climate change

The global landscape has evolved, WTO instruments are not all fit for purpose